Just Around The Corner

Japan has a completely different approach when it comes to constructing a city.  In other words, they build up rather than out.  I’m sure you can imagine that if California were to contain over 120 million people, there would be a little more thought into where to put everything.  As a result, there are some oddly placed structures throughout the entire country that don’t seem to fit so well.  One structure that sticks out in particular being temples.  At times you may stumble upon a temple between skyscrapers, and others you’ll find some next to a busy restaurant or in a downtown area.  Recently, I’ve noticed a temple that sits less than two minutes from my house.  I pass it nearly every day, but just last week remembered to peak in and take a look at everything.

The most surprising thing about this temple is that it resides across from a ten-story apartment building.  It is surrounded by houses on every side and the only private part about it, is that it is located half a block from the main road. 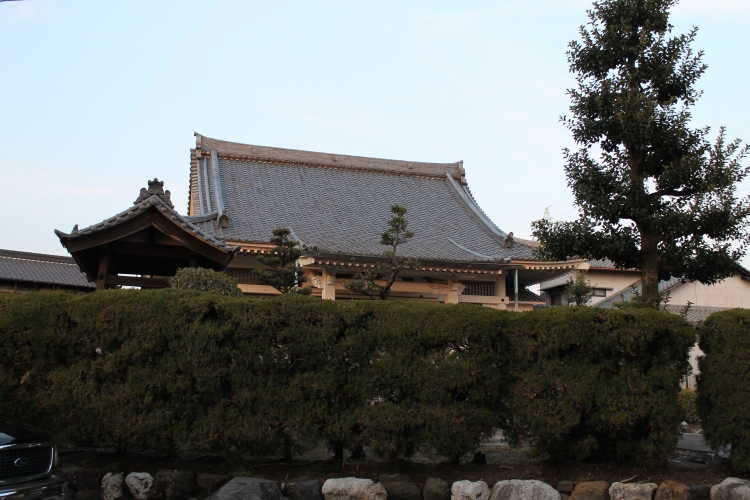 I wasn’t so sure if I was allowed to venture around the grounds, but I decided to try my luck anyway.  There seemed to be nobody interested in coming to the temple at that particular time so I’m not fully sure of the specifics of this temple.  What I did notice was, again, the presence of a bell that seems to be common with most every temple.  Surrounding the area were bushes, shrubs, and smaller trees.  What I noticed in particular was the attention to detail in each plant.  They all seemed to be well maintained and cared for despite the area feeling deserted.  Keep in mind, it is winter currently so the flowers and bushes look amazing compared to how things are fairing in Ohio. 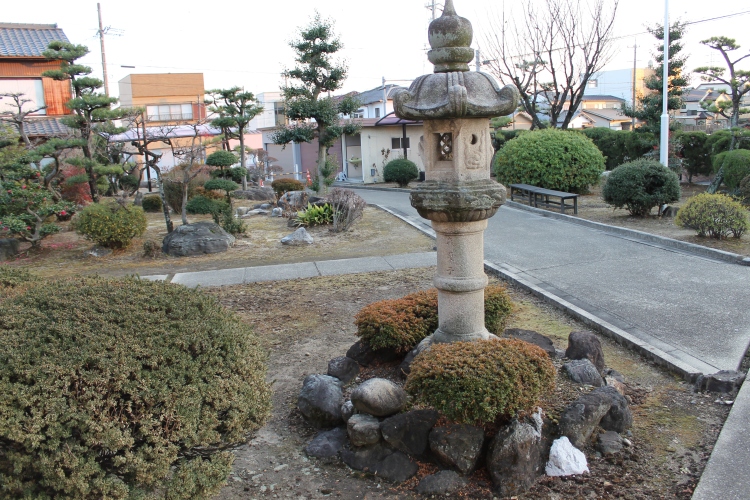 Just to the left of the temple itself was a smaller graveyard.  Graveyards are somewhat different in Japan considering they don’t bury any bodies.  Instead, they cremate the body and place the bones into the front of the grave.  In front of each grave are candles, flowers, and incense to help accompany the grave and pay respects to the person that remains there.  It’s funny how similar culture can be even when at other times they are so different. 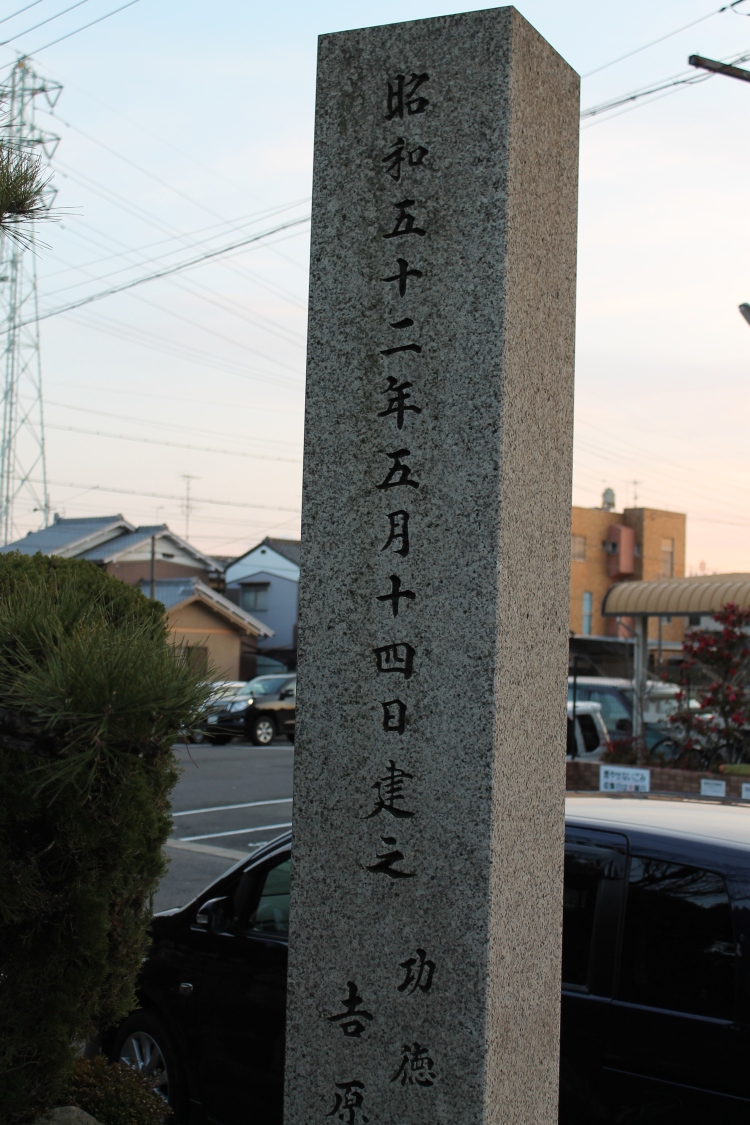 As I made myself more at home in the area, I took a closer look at the temple itself.  It is quite large and seemed to be in rather good shape.  I walked a bit closer and a monk made his way out a door to the side of the temple.  He was holding a bushy orange cat and didn’t say a word.  I greeted him by lowering my head and asked if it was okay to look around.  He responded as if he were trying to limit his speech, “Hai”.  I then made a comment that the structure was beautiful and I was simply admiring the grounds, again he responded, “Hai”.  From there he didn’t even watch me anymore but still stood in the doorway as I closed in on the front door to the temple.  There was nobody inside and the doors were shut so I took that as a sign to mind my manners and stay out. 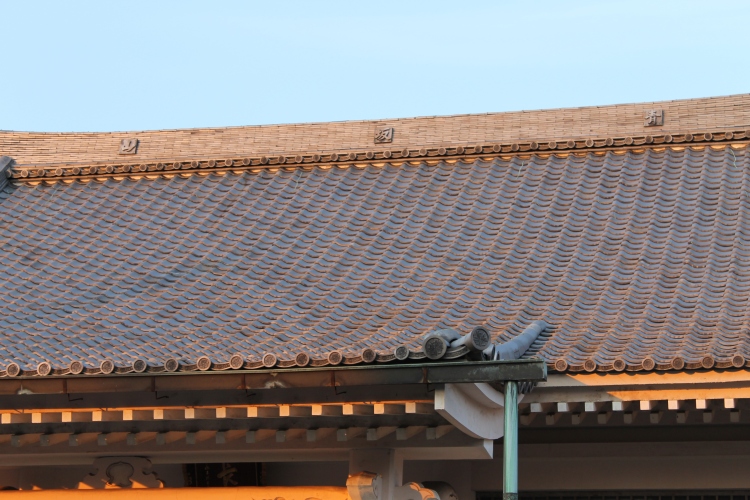 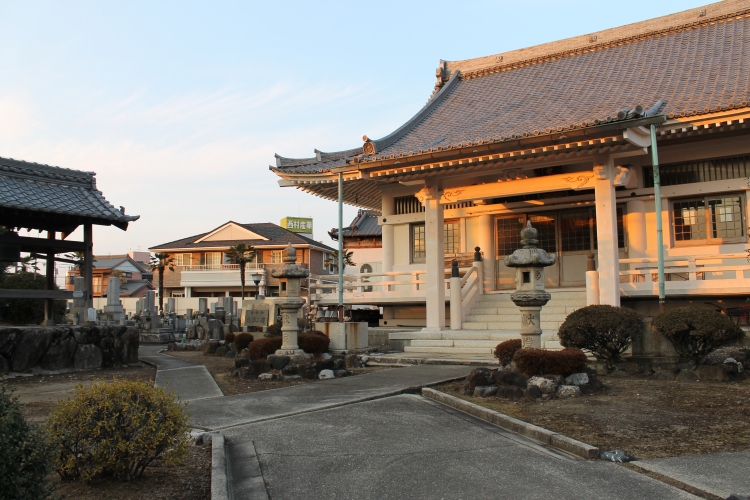 There are places similar to this all around me and I’ve been meaning to go to them, but it’s not so fun riding a bike in freezing weather.  When it starts to warm up I’ll be sure to put plenty of pictures up related to my surroundings or wherever else I may end up going.

8 thoughts on “Just Around The Corner”